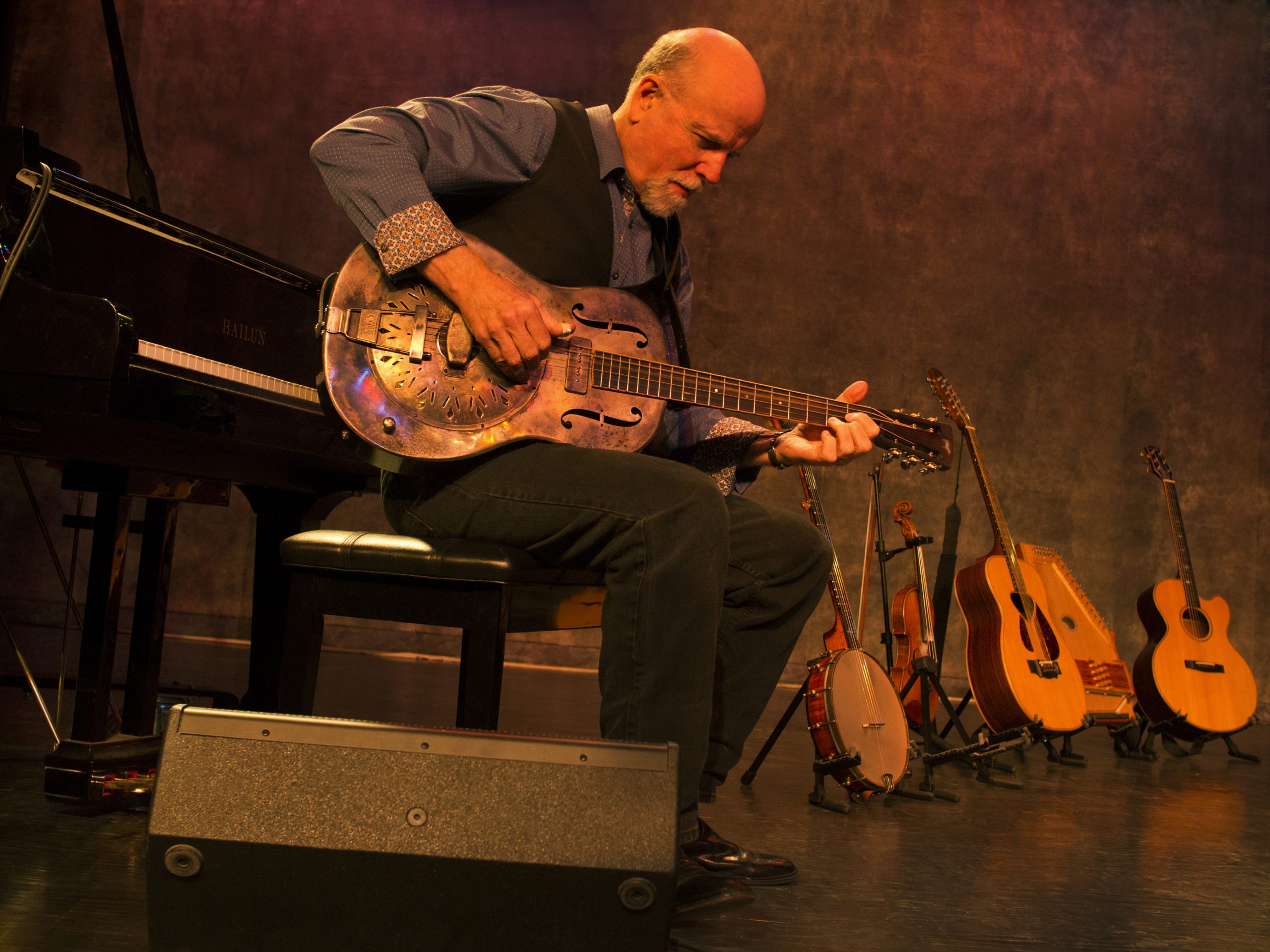 We are working hard to support musicians in any way we can, so your tip goes directly to the artists. The suggested tip is $20, but you can give any amount. The show will be streaming for anyone to view for free on our Facebook Live page.

You can tip the artist by clicking here

“John McCutcheon is not only one of the best musicians in the USA, but also a great singer, songwriter, and song leader. And not just incidentally, he is committed to helping hard-working people everywhere to organize and push this world in a better direction.”
— Pete Seeger

“The most impressive instrumentalist I’ve ever heard.”
— Johnny Cash

John McCutcheon has emerged as one of our most respected and loved folksingers. As an instrumentalist, he is a master of a dozen different traditional instruments, most notably the rare and beautiful hammer dulcimer. His songwriting has been hailed by critics and singers around the globe. His thirty recordings have garnered every imaginable honor including seven Grammy nominations. He has produced over twenty albums of other artists, from traditional fiddlers to contemporary singer-songwriters to educational and documentary works. His books and instructional materials have introduced budding players to the joys of their own musicality. And his commitment to grassroots political organizations has put him on the front lines of many of the issues important to communities and workers.