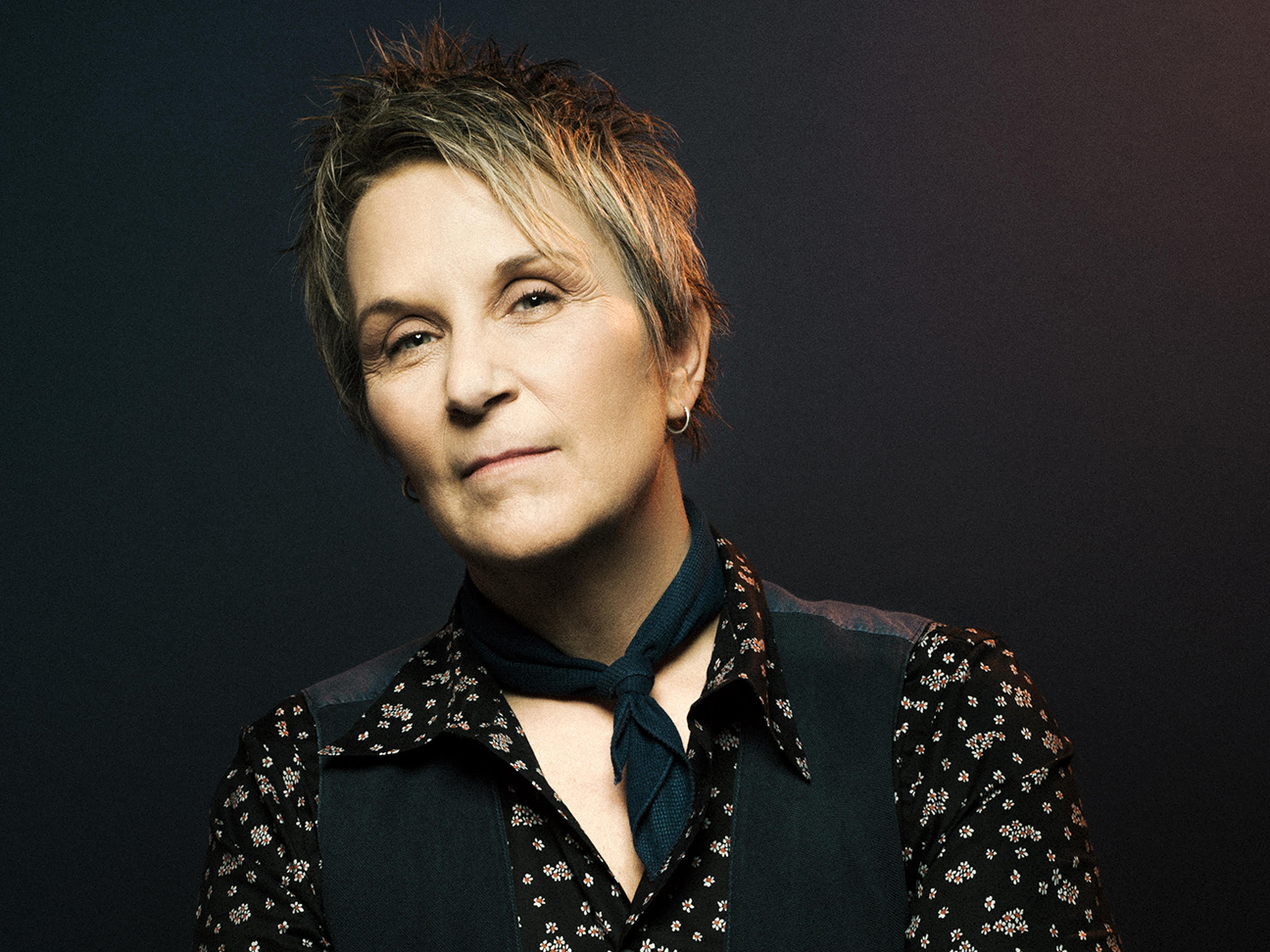 “…Rifles & Rosary Beads, is not only one of the most arresting American singer-songwriter records in recent years, but one of the most vital pieces of art to come out of those two wars.”-Rolling Stone Country. Co-written with U.S. veterans and their families, the eleven deeply personal songs on this album reveal the untold stories, and powerful struggles that these veterans and their spouses deal with abroad and after returning home.

Mary Gauthier has received countless accolades over the last decade for the 10 studio albums she has released. Trouble and Love was named one of Best 40 Country Albums of 2014 by Rolling Stone Magazine. NY Times music writer John Pareles picked 2001’s Filth and Fire as the #1 Indy release of the year, 2005’s Mercy Now earned her the Americana Music Association’s New/Emerging Artist of the Year title and, and 2011’s The Foundling was named the #3 Record of the Year by the LA Times Randy Lewis to name a few. Mary’s songs have been praised by both Bob Dylan and Tom Waits and recorded by Jimmy Buffet, Blake Shelton, Mike Farris, Candi Staton and others.

How it works: Tip the artist by CLICKING HERE. (or use the “Buy Tickets button at the top of the page)
Suggested tip: $20, but you can pay what you wish. (75% of the tips go to the artist, the rest for associated fees)

On the night of the show, CLICK HERE to go to our Facebook Live page to watch. The concert won’t show up until the performance starts. Currently, there are Club Passim concerts listed there to view.

*Be sure to REFRESH your browser if you’re not seeing the show appear around 7 pm EST.