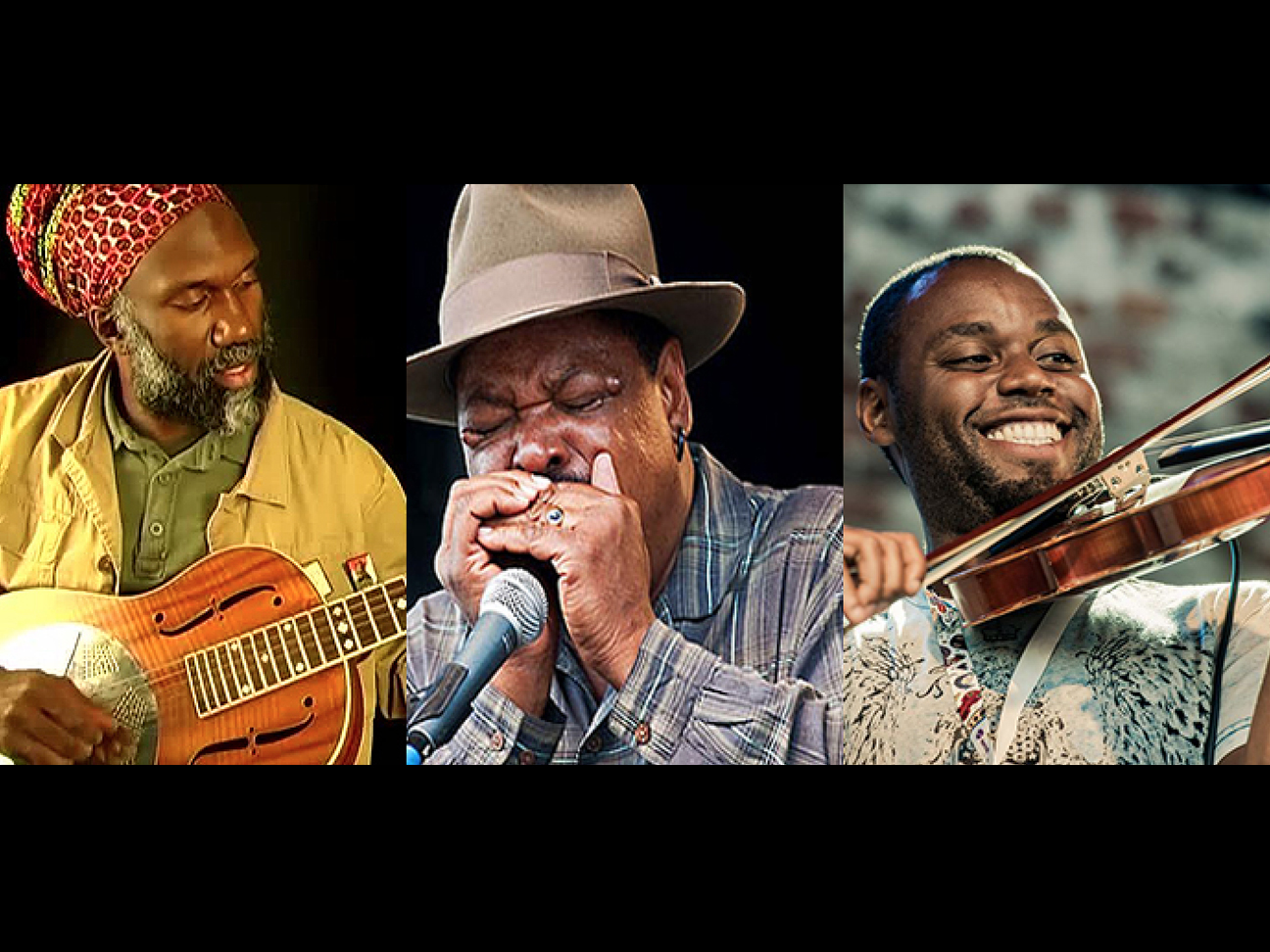 Hosted by Corey Harris, a MacArthur Grant recipient, along with America’s foremost blues harmonica virtuoso, Phil Wiggins and Cedric Watson. True Blues chronicles the extraordinary living culture of the blues in an evening of music and conversation. In bringing the True Blues film to the concert stage, the True Blues concert vividly brings to life this crucial wellspring of American music.

Corey Harris is a guitarist, vocalist, songwriter and band leader who has carved out his own niche in blues. A powerful singer and accomplished guitarist, he has appeared at venues throughout the North America, Europe, Brazil, The Caribbean, West Africa, Asia, Australia and New Zealand.

Phil Wiggins is arguably America’s foremost blues harmonica virtuoso. While rooted in the melodic Piedmont or “Tidewater” blues of the Chesapeake region, his mastery of the instrument now transcends stylistic boundaries.  Born in Washington D.C. in 1954, Phil Wiggins achieved worldwide acclaim over three decades as one half of the premier Piedmont blues duo of Cephas & Wiggins.

Cedric Watson is one of the brightest young talents to emerge in Cajun, Creole and Zydeco (Louisiana French) music over the last decade. He is a four-time Grammy-nominated fiddler, singer, accordionist & songwriter with seemingly unlimited potential. Check him out here.