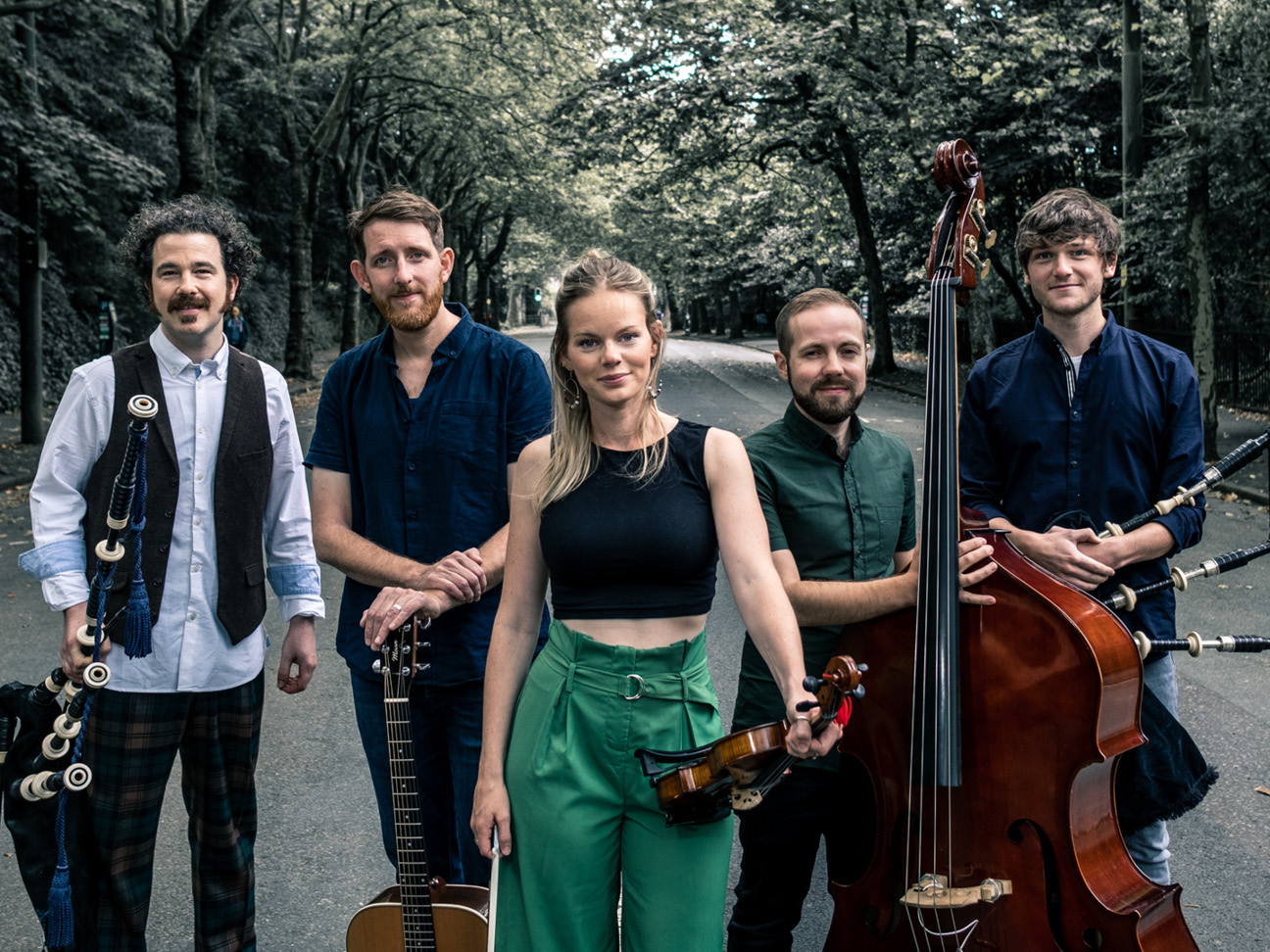 “As polished as it was passionate, matching fiery intensity with exquisite finesse, this was a magnificent set.” – The Scotsman ★★★★★

Securely ranked among Scotland’s most skilled and imaginative contemporary folk acts, Breabach unites deep roots in Highland and Island tradition with the innovative musical ferment of their Glasgow base. They have released six increasingly acclaimed albums while fueling their creative appetites in collaborations with indigenous Australasian artists, Quebec’s Le Vent du Nord, and most recently as artists-in-residence at 2019’s Celtic Colours festival with Cape Bretoners, Beolach.