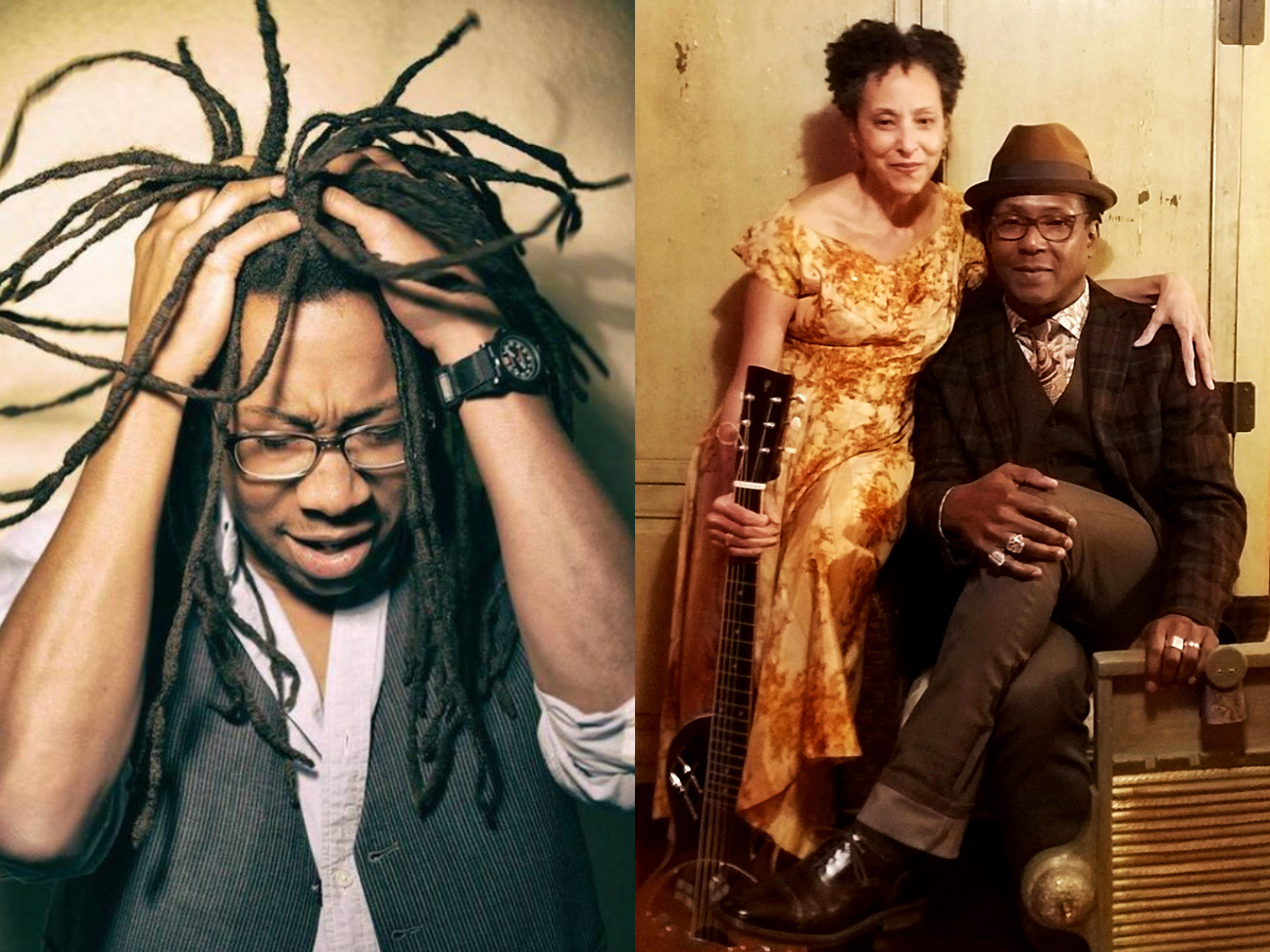 Hubby Jenkins is a talented multi-instrumentalist who endeavors to share his love and knowledge of old-time American music. Born and raised in Brooklyn he delved into his southern roots, following the thread of African American history that wove itself through America’s traditional music forms. As an integral member of the Carolina Chocolate Drops and later Rhiannon Giddens band, Hubby has performed at festivals and venues around the world, earning himself both Grammy and Americana award nominations. Today he spreads his knowledge and love of old-time American music through his dynamic solo performances and engaging workshops. 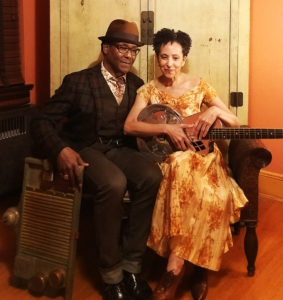 The Piedmont Blūz Acoustic Duo, comprised of Valerie and Benedict Turner, are ambassadors of Country Blues music and the Piedmont style of fingerpicking. Their mission is to help bring awareness to this unique aspect of African-American culture, and to the contributions of early blues artists, through performing and teaching. They have been entertaining audiences both domestically and abroad and are much loved wherever they go. As 2018 inductees into the New York Blues Hall of Fame, this husband-and-wife duo feel that “there are stories to tell, people to remember, and things that must be said” so, in addition to tickling your ears with delightful music, they weave a bit of history into the presentation of each song. A Piedmont Blūz concert isn’t just music – it’s an experience as they transport you back to the 1920s and 1930s, the hey-day of acoustic Country Blues music. In addition to performing songs from that time-frame, they introduce each piece with an interesting anecdote about either the composer, the time period, or the song itself.