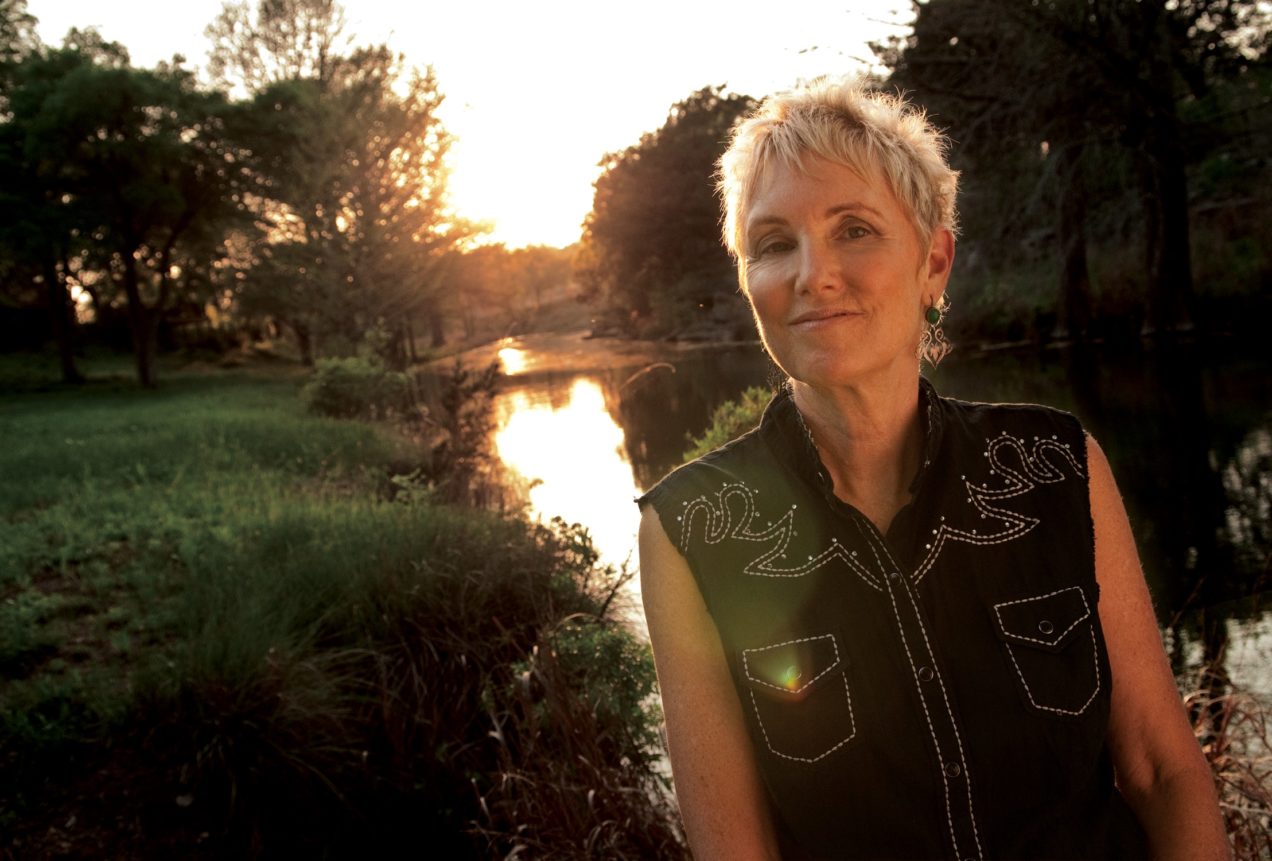 “Eliza Gilkyson is a politically minded, poetically gifted singer-songwriter…one of the most respected musicians in folk and Americana music circles.” – The Classic Rock Examiner

Eliza Gilkyson is a 2-time Grammy-nominated singer, songwriter and activist who has become one of the most respected musicians in Folk, Roots and  Americana circles. She has appeared on NPR, Austin City Limits,  Mountain Stage, etown, Sirius/XM, Air America Radio and has toured worldwide as a solo artist and in support of Richard Thompson, Patty Griffin, Mary Chapin Carpenter and Dan Fogelberg.

Her songs have been covered by Joan Baez, Bob Geldof, Tom Rush and Rosanne Cash and have appeared in films, PBS specials and on prime-time TV. She has been inducted into the Austin Music Hall of Fame and recognized with countless Austin Music and Folk Alliance awards. Eliza’s music has always offered a vivid reflection of the times we live in, full of joys and sorrows, each song a window into a life of struggle and triumph in a world she feels is “poised on the edge of moral, economic and environmental bankruptcy.”

Her latest release on Red House Records, The Nocturne Diaries, produced by her son Cisco Ryder, is a journey through the dark night of the soul that ends at the light of dawn with a sense of gratitude and a stubborn little ray of hope.

Eliza is an active member of the Austin music and political community, including the environmental organization Save Our Springs, and she is a co-founder of 5604 Manor,  an Austin-based resource center that promotes political activism and community involvement around issues of race, patriarchy and global injustice.

How it works: Tip the artist by CLICKING HERE.
Suggested tip: $20, but you can pay what you wish. (75% of the tips go to the artist, the rest for associated fees)

On the night of the show, CLICK HERE to go to our Facebook Live page to watch. The concert won’t show up until the performance starts. Currently, there are Club Passim concerts listed there to view. Be sure to REFRESH your browser if you’re not seeing the show appear around 7 pm.