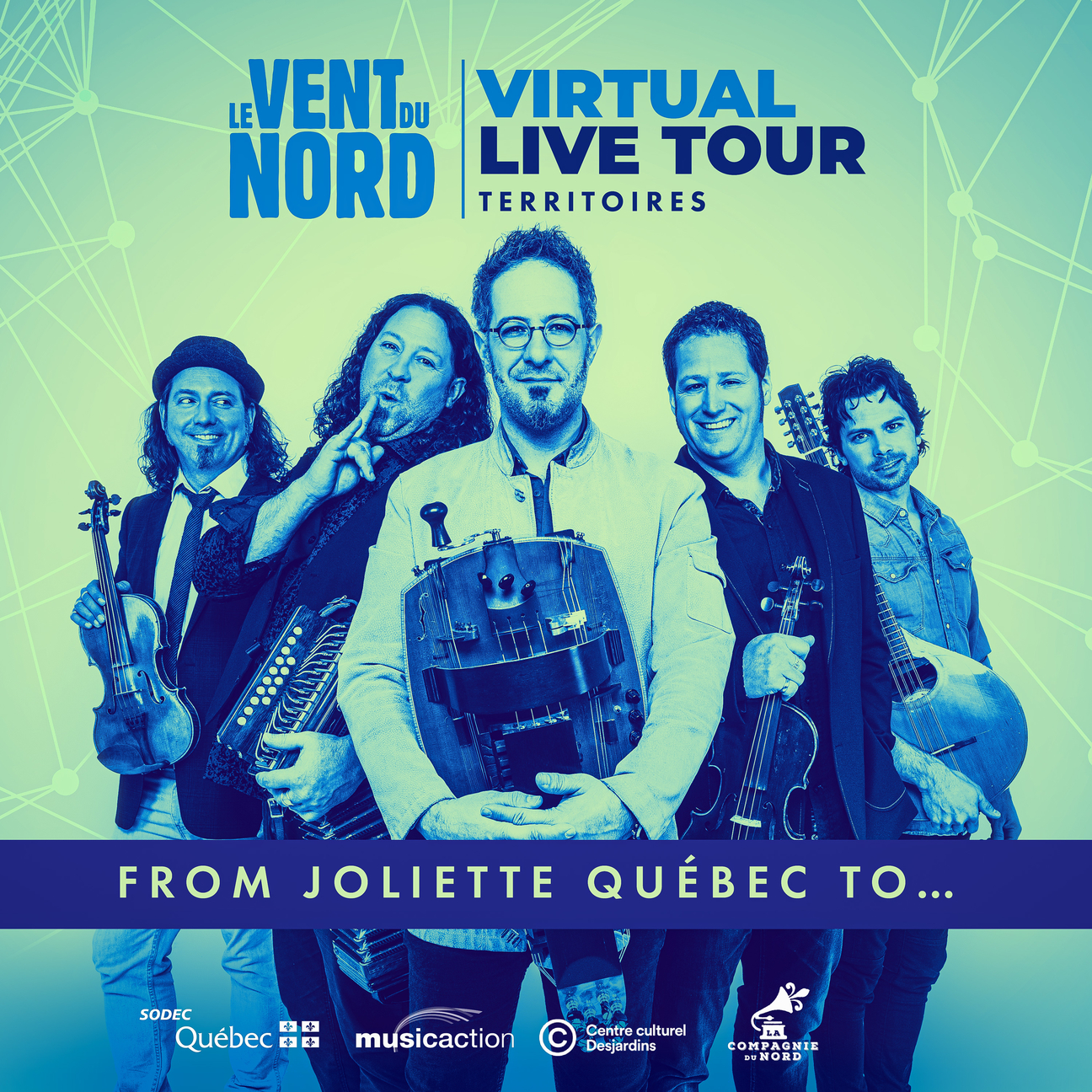 The RootsCellar@Home Series is pleased to present Le Vent du Nord on November 12!

Since its inception in August 2002, Le Vent du Nord has enjoyed meteoric success, performing well over 1,600 concerts over 5 continents and racking up several prestigious awards, including a Grand Prix du Disque Charles Cros, two Junos (Canada’s Grammys), a Félix at ADISQ, a Canadian Folk Music Award, and “Artist of the Year” at the North American Folk Alliance Annual Gala.

This special event will be a staged concert performance and only be available for viewing on the concert date.

Unlike our other RootsCellar@Home concerts, this show will be broadcast from a private link to be provided to ticket-holders on the day of the show.